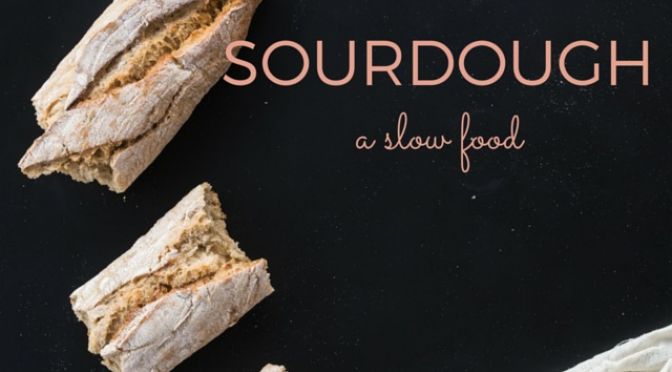 Inspired by a Facebook conversation I had with Kristen from Mamacino food blog, I though I would write a little post on my experiences with making sourdough culture and bread. 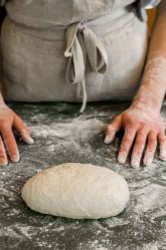 In search of artisan bread

In my household we have been making bread at home since we moved to the country which is about 10 years ago now, we started making bread ourselves really out of necessity and because we are discerning about the type of bread we eat.  At the time when we moved to the mid north of South Australia the nearest place to buy quality fresh bread was over 40 kms aways, and it still wasn’t organic or made with the type of grains we favour like spelt and kamut.  Our solution was to buy a bread machine and make our own.

For or a long time we made our breads using standard bakers yeast as the leavening agent, and used a long rise method for proving the bread.  Long rise meaning we left our dough to prove overnight, so that the grains soaked sufficiently to reduce the phytic acid (which can block mineral absorption in the gut) and also to help break down the glutens making the bread more digestible.

Then later when we had moved on and were  living in country Victoria our eldest child became quite sick with recurrent bouts of tonsillitis.  We consulted a dear friend of ours Don Morrison a wholistic practitioner from Thinking Outside The Square, he suggested a few dietary changes which included omitting yeast.  So for quite a time we made flat breads as an alternative to yeasted bread but my little boy really wanted a normal sandwich to take to school, and so began my research into sourdough culture and it’s health benefits and also my yearning to make the an artisan loaf.

A sourdough starter is essentially flour and water combined and allowed to ferment over the course of several days resulting in the development of the wild yeasts and lactobacilli which are naturally present on the grains. This culture acts to leaven bread over a long fermentation period of around 8-12 hours and has the added benefits of making iron, magnesium, folic acid and B vitamins, and antioxidants more available and easily absorbed into our bodies.  This slow fermentation also has and action on the gluten in the grains breaking them down into more digestible forms.

I spent time on bread making forums online and “googled” of course but the best information I found was from two bread making bibles “The Handmade Loaf” by Dan Lepard and “Classic Sourdoughs” by by Ed & Jean Woods.  These sources gave me the foundations for establishing a sourdough culture and how to bake good bread. 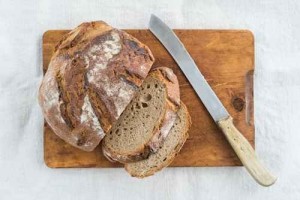 I started in Winter in Victoria, so it was an uphill battle getting the right temperature for my culture to grow, but I soon found some cosy places for my sourdough to make it happy and it started to grow and bubble in gratitude.  So when I thought my culture was ready I attempted to make bread, the result was something akin to damper which was edible but not great! By darling son was very encouraging and even ate this first clumsy attempt at sourdough, so great was his desire for a real slice of bread.

Finally with a a little persistence and experimentation I finally succeeded at a real loaf. It was fragrant and had a depth of flavour that is not found in regular yeasted bread, simply it was delicious.  We haven’t look back since that first loaf, and we keep on learning more about the art of sourdough bread. For convenience we mix our dough and bake our bread in a bread machine but we never sacrifice the long fermentation time that sourdough demands. We even make our pizza bases with sourdough and it makes the most scrumptious crust. So dedicated are we that our sourdough culture travels with us on holiday!